With the outbreak of the Second World War the two local factory sides in the Cheltenham area; Smiths & Sons and Dowty, suspended all fixtures during the hostilities but both reformed for the 1952/53 season and the Bishops Cleeve outfit re-emerged as Smiths [Industries] RFC.

It was a closed club for Smiths employees only and offered something none of the other junior clubs could afford with money so tight in the post war era. No more annual subscriptions, no more match fees and no more taking the jerseys home to be washed. The factory paid for everything. 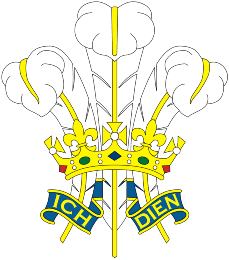 Although all games were played at Newlands, Smith’s initially used the Prince’s Plume Inn, 22 Prince’s Street in Cheltenham Town as Headquarters. Landlord Ken Townsend converting his skittle alley on Saturday evenings to cater for the players and their guests. The club therefore adopted the Prince’s Plume as their official badge and so now with the move to the Prince of Wales Stadium it seems as if they have come home.

From the outset Smiths always had a full fixture list including all the teams in the Cheltenham area and up into the Cotswolds and beyond to junior clubs in Bristol, Bath, Oxford and down to South Wales.

When the Prince’s Plume closed the club moved back to the Newlands for its après le match fun and social activities and apart from a couple of years in the seventies when the secretary of the Smiths Sports & Social Club took umbrage at the raucous “singing” of a couple of visiting Welsh teams, they were obliged to make their home in the “Graham Club” on the High Street in Cheltenham. They made their peace with the aforementioned secretary in 1978 and have been happily ensconced back in the Newlands until 2015.

The Club went open in the mid-seventies and welcomed the introduction of Leagues for the 1987/88 Season and Smiths were justifiably proud of being crowned Champions of Gloucestershire Division 4 that same year.

Smiths RFC have always been a family friendly club and many of the older players, now retired have seen their sons join the playing ranks and enjoy the priceless camaraderie of the dressing room.

The Club has always been blessed with strong forward thinking honest committees who are trusted by all concerned including the “Powers that be” at HQ at Twickenham. They have a regular allocation of tickets for all home internationals which are shared out fairly, but strictly only, for fully paid up members and sponsors.

Smiths Aerospace left Bishops Cleeve in 2007 and GE Aviation became the new landlords and then Cheltenham RFC took over the management of the clubhouse and ground in 2011.

The club has prospered on and off the field and in 2014 were champions of Gloucestershire Three and this season have their sights set on Promotion to Gloucester Division 1 with the vastly experienced Chris Raymond installed as coach with the help of his coaching team which includes Rob Nock (backs) and Chris Long (conditioning).

The Prince of Wales

When Cheltenham RFC left the POW Stadium at the start of the current season Smiths saw this as a golden opportunity to have a new home of their own. Smiths rebranded themselves as Smiths Rugby and moved into the Prince of Wales Stadium in 2016…That’s the first part of our great history!

Many thanks to Bob Ellis our President for compiling this short history.